What I learned from my first trip to Disneyland with kids 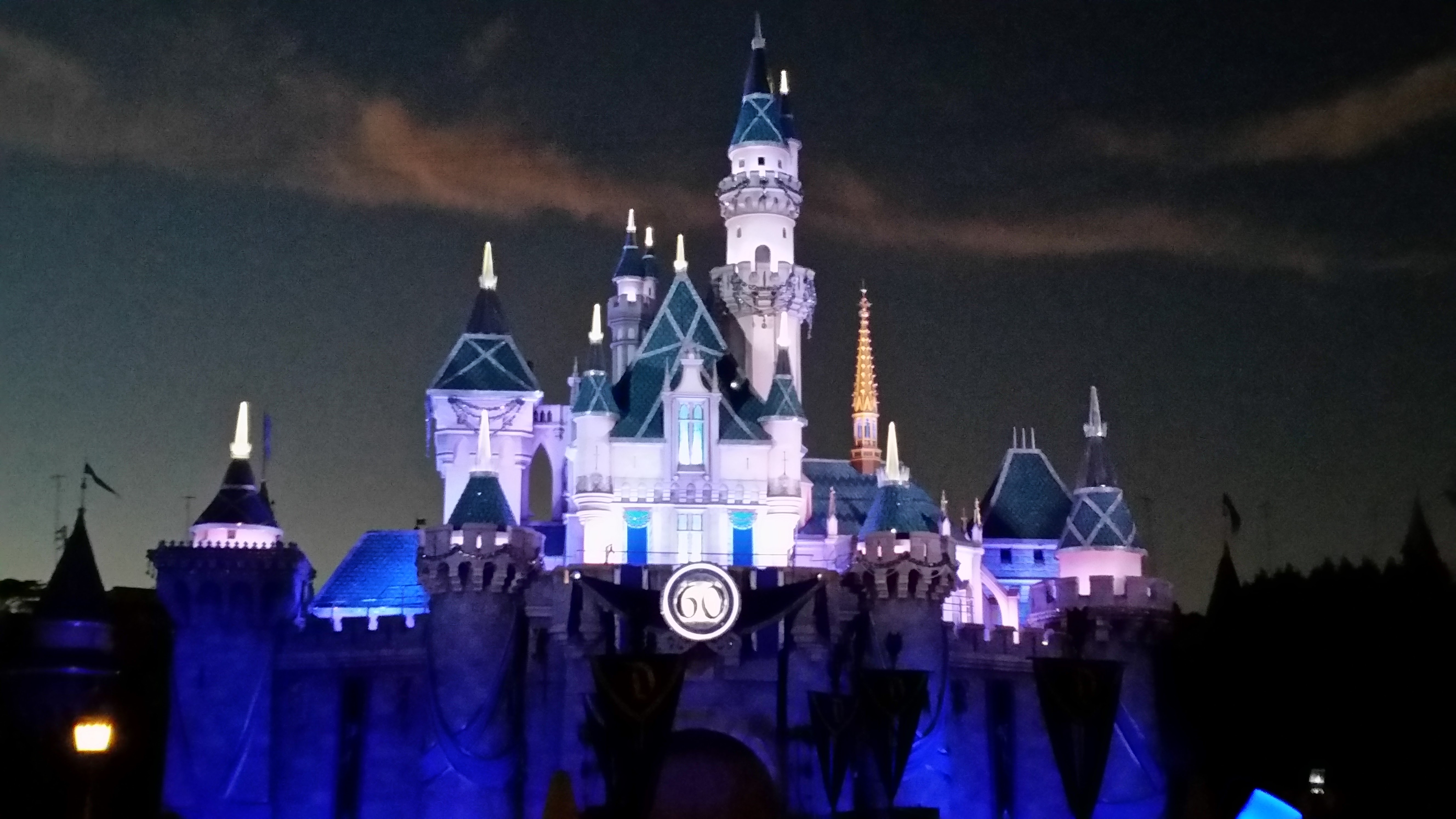 I have always loved Disneyland, what kid doesn’t? As a child, I was fortunate enough to visit the park several times, and again as a young single adult. I dreamed of taking my kids there one day. My husband and I have now taken our children to the Happiest Place on Earth twice. I learned a lot from both of those trips, but my first trip with my kids taught me the most. Here is what I learned from my first trip to Disneyland with my kids.

I scoured Pinterest and Google for any tips and tricks I could use on our trip. We drove from Northern California down to Anaheim, and it honestly worked out great, because I planned for it. I found so much great advice on various websites for the trip to the park, for what to pack, for how to best navigate the park with a little one. So. Much. Information! One of my favorite websites was DLR Prep School, but apparently, it has been shut down since then and it looks like she runs Disneyland Daily now. (So much for all my pins on Pinterest.)

Anyway, I discovered that since my last trip in 2000, Disney had started the Fast Pass system, PhotoPass, not to mention the whole new park, California Adventure. I needed to know how much time we would need to do both parks, what were my options for food, which rides my then 3-year-old son could ride on. The list goes on. I would also check out what days are expected to be the busiest. This does make a huge difference to your enjoyment if the parks aren’t as crowded.

Bottom line, find out as much as you can beforehand and use that information to plan accordingly and your trip will go so much smoother.

One of the biggest lessons I learned from my first trip to Disneyland, is that your kids are never too young to go. We waited until my daughter was eight years old before we went. I wanted to go the summer she was six, but my son was only 16 months old at the time and I thought, why bother taking him, he won’t remember it. But once I got to the park, I saw so many little kids, many under a year old tagging along with their older siblings. In retrospect, I should have taken my daughter when she was six or seven instead of waiting. Disneyland is for all ages.

One of the things I liked the best about Disneyland was that all their restrooms were super clean, and had changing tables. There are also several mother’s rooms where you can go to nurse your baby, buy extra diapers (they are a bit expensive, but when you need one, you need one), and take little ones potty because they have these cool super-low toilets just their size! I mean, who does that? Who pays that much attention to the needs of moms and little children? Disney! That’s who.

In the spirit of full disclosure, we only did one character meal, so I can only judge by that one. And I know other people really like these meals where you get to meet the characters. I personally thought ours was a bit of a waste.

In previous trips to Disneyland, I had found it very difficult to find characters to snap a photo with. I wanted my daughter to meet all the princesses so I booked lunch at Ariel’s Grotto. This seriously overpriced meal guaranteed she would meet at least 5 or 6 princesses. We had the meal scheduled for our second day there. 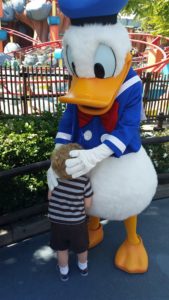 The first thing we saw upon entering the park the first day was Mickey Mouse himself! Wow! What luck, I thought. But as the day progressed, we met Tinker Bell, Merida, and Sophia, and Elsa and Anna, all before our Big Lunch. Plus, I later found out that there is a building where there is basically always two or three princesses you can go see near Cinderella’s castle.

We met Minnie Mouse, Daisy and Donald Duck, Goofy, and Pluto, all without any sort of accompanying meal. There are so many ways to meet characters without needing to pay for a pricey meal. I don’t know how much the breakfast costs as the hotels, but as much as I love Disney, they do tend to charge a bit more for food.

I discovered the Disneyland app through one of my many searches, which turned out to be one of the best tips of all. I was able to find out when and where characters were going to be out and about, how long the lines were for almost any ride, and where the closest restroom was. Plus you can check FastPass return times, see the menus for the restaurants, view your PhotoPass photos, and even buy tickets.

Disney also has other apps for DisneyWorld and the other Disney parks. They also have a fun “wait in line” app called Play Disney Parks. The app allows you to play fun games while in line to make the time go by faster. I wish I had that one when I went. There are few things worse than two kids who are not happy at the Happiest Place on Earth. It has trivia, specific games for specific rides, music, and achievements you can unlock. I’m definitely checking this one out on our next trip.

Give yourself enough time

On our first trip, we had four days in the parks. We got to Anaheim about 3 pm the day before and was able to check out Downtown Disney for a couple of hours and have dinner there. The next time we went, we were only there for three days, but things seemed very rushed. Not mention the parks were quite a bit more crowded that time. What I learned from my first trip to Disneyland is (if you are as big a fan as we are) give yourself more time than you think you need.

Knowing we had more time meant that we didn’t feel rushed to do everything all at once. Giving yourself time to sit down and eat a meal or two without feeling like you should be rushing off to another ride is wonderful. Plus, you won’t feel as guilty when you park yourself at a primo spot two hours before the parade and enjoy a quiet moment or ten.

If you stay at one of the Disney hotels, you can actually go back to your room in the middle of the day and enjoy a nap (needed for those 3-4 and under) or just some fun time in the pool. We have not stayed at a Disney hotel, but our hotel was right across the street. So, I did take my son back to the hotel each day for a two-hour nap. That made the rest of the afternoon and evening much more enjoyable for everyone.

Disney lives up to the hype

As a marketer, I’m always wary of over-exaggerated claims. People usually have nothing but good things to say about Disneyland. The cast members are great. Working there is fun. The place is clean. Okay, it is overpriced, but that is the only downside.

When I went to Disneyland as an adult, I admit that I was looking for the cracks in the facade. Guess what? I didn’t find any. Disney truly does go above and beyond to make your experience there one of the best it can be. I saw so many cast members picking up litter. Everything was clean, even the bathrooms. This is one case where you can believe all the marketing hype surrounding Disney.

Disneyland and California Adventure can be fun for all ages, but so much more enjoyable if you put in a little planning and use the right tools. This is just what I learned from my experience. Do you have any other tips and tricks you think others should know about experiencing Disneyland?

« Previous post
Is Marketing Adding to Your Mom Guilt?
Next post »
How to Stop Spreading Yourself Too Thin